Home/Blog/Weather of Everest Base Camp 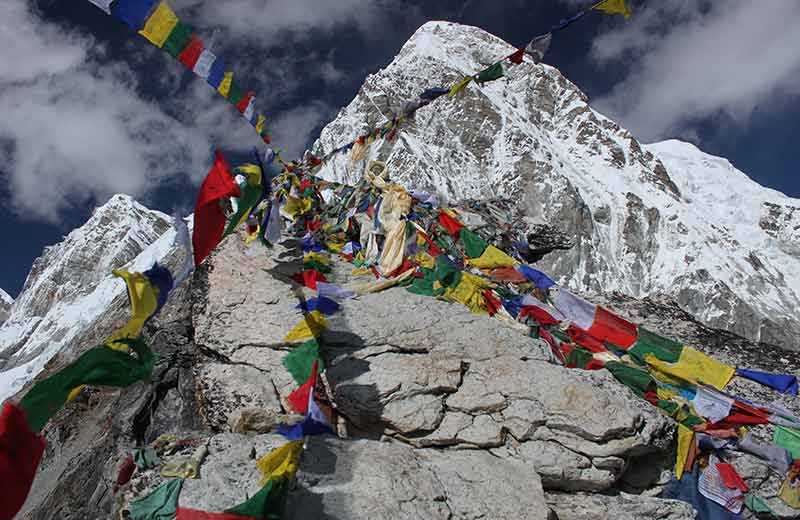 Weather of Everest Base Camp

If you are planning to make it to the Everest Base Camp in 2021 / 2022 or beyond, the weather is always an important factor to consider.

Although Everest Base Camp is one of the most famous trekking routes that attract thousands of travelers, the pleasure experience depends entirely on the weather and the temperature there within.

Located at an altitude of 5,500 meters (the maximum altitude we reach), the weather in the Himalayan region is very unstable and therefore unpredictable. One moment you would be blazed by the scorching sun, the next moment you would look for shade because of snowstorms or snowfall.

The climate of Everest Base Camp is considered a mountain plateau climate and it is cold almost all year round. However, the temperature and climatic conditions in some seasons are pretty satisfied with additional benefits.

The following almost applies to all the variations trekking routes of the Everest Region. So, we hope this helps!

Nepal has 4 seasons - summer, spring, winter, autumn. The weather varies during these seasons and that also applies to the surroundings of Everest Base Camp. Humidity, wind, snowfall, rainfall affects the trekking paths of EBC in different ways. We are going to try to elaborate a little bit.

As in other regions of Nepal, summer in Everest Base Camp is warm with the hottest temperature and months. The following attributes will further clarify the essence of the weather in EBC during the summer.

In case of rainfall, you will feel a temperature drop. Rainfall during the night can even be colder to -5 degrees Celsius.

If the summer season is only viable for you, we advise you to prepare accordingly. Waterproof jackets and pants, trekking shoes with a firm grip, many extra pairs of socks, warm clothing, and even a sleeping bag.

Spring in Everest Base Camp

The daily temperature in Everest Base Camp during the spring season ranges from 12-20 degrees.

You must wear gloves, trekking shoes, warm waterproof jackets. Tag along with summer goggles, hats for a more pleasurable hike.

Winter in Everest Base Camp

The months of December, January, and February mark the winter season in Nepal and EBC is extremely cold during this season. Even the tea houses, lodges, or guest houses can be closed during this time of the year.

The average diurnal temperature of the EBC region during winter is about 8 degrees. The lowest noted temperature is – 15-degree centigrade. However, normally it is eclectic between -5 degrees to -12 degrees.

Very warm clothing is mandatory during this season. Other things we recommend preparing to include sleeping bags, moisturizers, perfumes, lip balms, winter gloves.

Fall in Everest Base Camp

Autumn / Fall includes September and November. This time of year is characterized by great, vivid views. This season is another peak time to travel to EBC, given the fantastic weather, vibrant views, and comfort while traveling.

The temperature during autumn throughout the day will be between 12 to 20 degrees. The sun won’t be as warm as in summer. The nighttime temperature reaches as low as -7 degrees during the end of November but it generally is between 3 degrees to -5 degrees.

Prepare warm clothing, gloves, lotions, and moisturizers during this season. If you are not a fan of bathing at low temperatures, we recommend that you also bring perfumes or body sprays!

Everest Base Camp By Road

How to reach Everest Base Camp By Road?

Why Everest Base Camp Trek ?