If you are interested in Buddhism or Tibetan Buddhism to be specific, you have heard of Tibet for sure. It is a mythical and isolated land in the central Asian Mountain ranges, most important the Himalayas.

When people think of Tibet First thing that comes to mind is the Dalai Lama and then the monks, meditation, prayer wheels, the Shangri La and prayer flags, and more!

Many people want to go to Tibet and explore it but it is easier said than done. The Chinese Government has very strict rules and regulations to enter Tibet, the wait for the visa can be very long, and then you might be denied a visa for no reason!

Traveling and exploring Tibet can be a tricky case but we have some very interesting facts about Tibet that you will be more than surprised to know.

Tibet is a Massive Plateau

Tibet is massive, it is almost 1/5 of the total size of China and it is much bigger than many countries you have ever been to. Even though it is very massive, most of its area comprises high-altitude mountains and the settlements are very sparse here.

Tibet has all the highest things!

Widely referred to as “the roof of the world”, Tibet adds to the records by virtue of its sheer height. With an average altitude of 13,000 feet above sea level, it is home to the highest mountain,  highest lake, railway at the highest altitude, road, and also the highest tunnel.

40% less oxygen than the place you live!-  Since it is a high-altitude area, the level of oxygen is less than the sea level. So if you are someone living in low-altitude regions by the sea, then it can be quite an experience for your lungs! But don’t worry too much as the human body has a pretty good response system and your heart rate and breathing patterns will modify themselves to increase your blood’s oxygen-carrying capacity.

This will take a few days before you get acclimatized so allocating plenty of time before you start off into the very high-altitude area of Tibet is a must. Please make sure you go through our information on high altitude sickness and its remedies.

Yak in the Himalayas

Even though Yaks have become endangered and only 15000 of them survive now, they are fascinating, mountain mammals that live at high altitudes. Yaks are a source of milk, meat, and wool and form a large part of daily Tibetan life. When you are driving or trekking in Tibet, you will come across herds of them, getting a photo shouldn’t be that hard though.

Even though Tibet shares a very bloody history with the Chinese and things are confusing about the existence of Tibet as an independent nation in the past and in the present, it is very clear that Tibetans have a unique culture and language resembling nothing to the Chinese. After the Chinese occupation of Tibet in 1949, these mountain people are being heavily oppressed by the Chinese government.

As a result, many Tibetans attempt to flee over the Himalayas every year and travel to neighboring countries India and Nepal. Nepal receives an average of 1200 Tibetan refugees every year. The Chinese government has declared it illegal to carry a photograph of the Dalai Lama or a Tibetan flag, or even to utter the words “Bo rangzen” (“Free Tibet”), yet many still do, and arrest, imprisonment, re-education, and torture are rife. Some have been found setting a fire in public places of religious importance such as Stupas and monasteries as a form of protest. 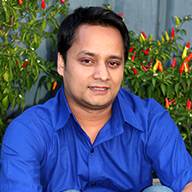 Sadeep was born and raised in Bhaktapur with good schooling. He used to see tourists in Bhaktapur Durbar Square which made him passionate about Tourism. He used to collect many travel magazines before high school and Mr. Dhungana started his career as a ticketing officer and his deep interest regarding adventure tourism made him work with Himalayan Trekkers as an enthusiastic travel planner then he became Nepal Government Certified Cultural Tour Guide.