Chorten on the way to Kailash Kora

Mount Kailash is one of the topmost peaks in the world, situated at a height of 6638 meters. Rightly called the ‘Gateway to Heaven’, Mount Kailash offers an eye-soothing scenic beauty to tourists. If you are a traveler from the heart, then Mount Kailash awaits your arrival!

Although a trek to Kailash is one of the most challenging ones, we have seen people across the globe who are always a step ahead for a vacation to Kailash. Likewise, adventure is the key feature in Kailash but the spiritual sentiments add to the craze of the people. We understand your desire to visit the Kailash Mountains, and hence we have decided to pen down a guide for first-time Kailash visitors. Each word of this guide comes from our years of expertise, so we definitely request you to read it till the end.

Why should you visit Mount Kailash?

Every mountain in the world is adorned with nature but Mount Kailash is not only naturally appealing; it is enclosed by spirituality too. In fact, this is the only mountain in the world that is considered sacred to not one, but four big religions simultaneously- the Hindus, the Buddhists, the Jain, and the Bon.

The Hindus believe it to be the abode of the Hindu God, Shiva; according to Tibetan Buddhism, the tantric meditation deity, Demchog (Milarepa) resides here; the Jains consider it as a site where their first prophet received enlightenment; the Bons believe Mount Kailash is the home of their founder, Tonpa Shenrab Miwoche.

Hence, being a spiritually, religiously, culturally, and naturally significant site, Mount Kailash is one of the best places in the world to connect within yourself, get possessed by its spirits, and feel its energy. Additionally, it is a location where individuals might purify their souls. Another unique feature is the serene Lake Manasarovar in its vicinity. This turquoise blue freshwater is claimed to have originated in the mind of God Brahma before manifesting on earth and earning the name Maan (Mind) Sarovar (Lake).

Whether you travel as a pilgrim or an explorer or a culture enthusiast or a nature lover, Mount Kailash delivers all.

The Major attractions in Mount Kailash

“Beauty lies in the eyes of the beholder”, and not a single tourist visiting Mount Kailash forgets to draw a sketch of the place in their mind that they can cherish forever. Although the entire place upholds the depth of beauty, there are few areas that are highly wow-ed by the visitors. We are going to discuss such hand-picked areas in this paragraph.

The first and foremost attraction of Mount Kailash is Mount Kailash itself. Unlike other peaks, it is not allowed to climb this peak as it is a religiously and spiritually sacred site. Only climbing is not allowed. You can make a circuit of the peak at its bottom which is also referred to as a holy circumambulation. It is called Kora in the local language.

The Kora around the Kailash Mountains is a 3-day long trek, and you will cover a distance of approximately 56 kilometers. Trekking around the Mighty Kailash mountains at an altitude of five thousand meters above sea level is indeed exciting and adventurous!

Lake Mansarovar is a sacred lake in the lap of the Kailash Mountains. It is one of the highest freshwater lakes in the world, and is beautiful indeed! And a pilgrim tour around the lake is believed to prolong a healthy life of an individual. For Tibetan Buddhists, the spiritual radiance of Lake Mansoravar is much beyond its beauty.

Tourists take a bath in the lake Mansoravar on their pilgrimage after circumambulating the lake. Trekking around the lake is easier than around the Kailash Mountains because of the lower altitude. The lower the altitude, the lesser the chance of getting altitude sickness.

3. The five Monasteries of Mount Kailash

Mount Kailash houses five monasteries, dating back from the pages of history. These monasteries offer a warm welcome to the pilgrims and tourists who look for shelter after a tiring trek day. You will get to see some fascinating statues, murals, and carvings.

Rakshas Taal lies in the west of Manasarovar Lake and south of Mount Kailash. It is a lake with saline water and devoid of aquatic plant life and marine life due to its close affiliation with a demoniac spirit. Rakshas means devil and taal is a lake. So as the name suggests, it is believed that the demon king Ravana created Rakshataal while he was meditating on Mount Kailash to please Lord Shiva.

As you know, the climate in Tibet is considered cold, so Mount Kailash is not an exception. In the sparsely located areas of Kailash, the weather is cold and dry. The temperature falls to even -12 degree Celsius. It goes without saying that Mount Kailash experiences snowfall even in the hottest of months of June.

The day temperature rises up to a temperature of 14 degrees Celsius. So, the difference between day and night temperature is very high, almost 14 degree Celsius. As a visitor, you should be equipped to shield yourself from both temperature extremes during your trip.

Mount Kailash remains open for tourists only from April to mid-October.

However, the best time to visit Mount Kailash is from May to September, from the time of onset of spring to the departure of autumn. The temperatures are comparatively warmer, and hopefully, you will not be freezing during these months.

The monsoon in Kailash Mountains comes in the months of July and August. But rainfall is usually very light and occurs mostly in the evening. So, as per our years of experience, your trip will not be affected due to the rains.

Try not to plan your trip beyond autumn, heavy snowfall seals the roads, and you may get trapped in the Kailash Mountains for the next three months.

How to reach Mount Kailash?

There are three ways to reach Mount Kailash. You can choose any one of them based on your convenience and after discussing it with your travel agency. We will discuss both of them in the next couple of paragraphs.

People who plan to visit the Kailash Mountains through the Lhasa route usually chose to stay at Shigatse for the night. On the way to Shigatse, you can enjoy a short sightseeing trip to the Potala Palace, and the surrounding monasteries.

After resting for the night at Shigatse, people go to Darchen through the towns of Saga and Payang. Since the height is more, we do recommend you acclimatize in Payang for another day before you move up further.

If you have a longer vacation in hand and are ready to spend a few more days on your trip, then you can choose the way through two Nepal-Tibet Borders.

From the heart of Kathmandu, you can take an off-road car to the Nepal-China border. This journey itself will gulp down 8- 12 hours. You will reach the Gyirong Port, which is situated along the border. You will bring down the time from 12 hours to 20 minutes only. You will be landed in a helipad near Gyirong.

You will stay for a night near the Gyirong Port, and then the next morning passes through the port to the Tibet side. The distance from Gyirong to Mount Kailash is approximately 670 kilometers, and you have to cover the distance till Darchen by car. Then it takes around three days to make a complete kora (holy circuit) of Mount Kailash by foot.

The driving part of this journey is comfortable, as the road is properly constructed. This is also the shortest route to Mount Kailash from Nepal. With the guidance of experts from Himalayan Trekkers, this journey is certainly one worth remembrance.

Check out our perfectly designed itinerary of Mount Kailash and Manasarovar Lake via Nepal-Tibet Border, GyirongHERE!

If you want to avoid driving for days, the Humla Simikot Itinerary would be perfect for you. It includes a helicopter ride from Nepalgunj to Simikot to Hilsa.Then the trip continues on four wheels onwards Hilsa till Darchen or Tarboche depending upon the season you travel.

Whether you take a road trip or a helicopter trip, you will have to first make it to Nepalgunj. And, to reach Nepalgunj, you can drive or fly from the capital, Kathmandu, or nearby cities.

If you are planning to leave for the trip from India, you need to first make it to any of the nearby Nepal-India Borders such as Sunauli, Raxaul, and Rupendehi. Then, from the border, you will be traveling to Nepalgunj on four wheels. Once in Nepalgunj, start your Mount Kailash Manasarovar Lake Trip as planned.

Documents that you need for the Kailash trip

No matter which itinerary you choose, or which path you take to reach Mount Kailash, you need a Tibet Travel Permit to enter the premises of the Kailash Mountains. You should apply for this permit at least two months before your departure. You do not directly have to apply for this visa. Your tour operator will apply for the permit on your behalf with your details once you confirm the trip and make the required deposition.

You will also need an Alien Travel Permit and Military Permit apart from your Tibet Visa, to be allowed to reach Mount Kailash. This is a formality that is mandated by the Tibetan government. Your guide will help you to get the permits.

Visitors need to apply for a Chinese Group Visa if their itinerary includes the transfer from Nepal Borders. The Visa is obtained at the Chinese Embassy in Kathmandu after your arrival in Nepal. It takes around 3-4 working days and your original passports to get this visa. So, travelers are suggested to reach Nepal 3-4 days prior to the trip departure.

Note that you will be only permitted to travel under the guidance of an authorized travel agency as Tibet is still a restricted kingdom. Also, you will need the assistance of your tour organizer for issuing all the above-mentioned permits and visas.

At the End,
We are pretty sure that Mount Kailash is one on your travel bucket list. If so, it is high time that you tick off that wish from the list. Because Mount Kailash and Manasarovar Lake are getting dressed up for you with the most beautiful ornaments of nature and spirit. The trip is bidirectional, and you can surely consider the experience a perfect blend of adventure and spiritualism. So, are you ready to take up the trekking pole in your hand once more during this vacation? 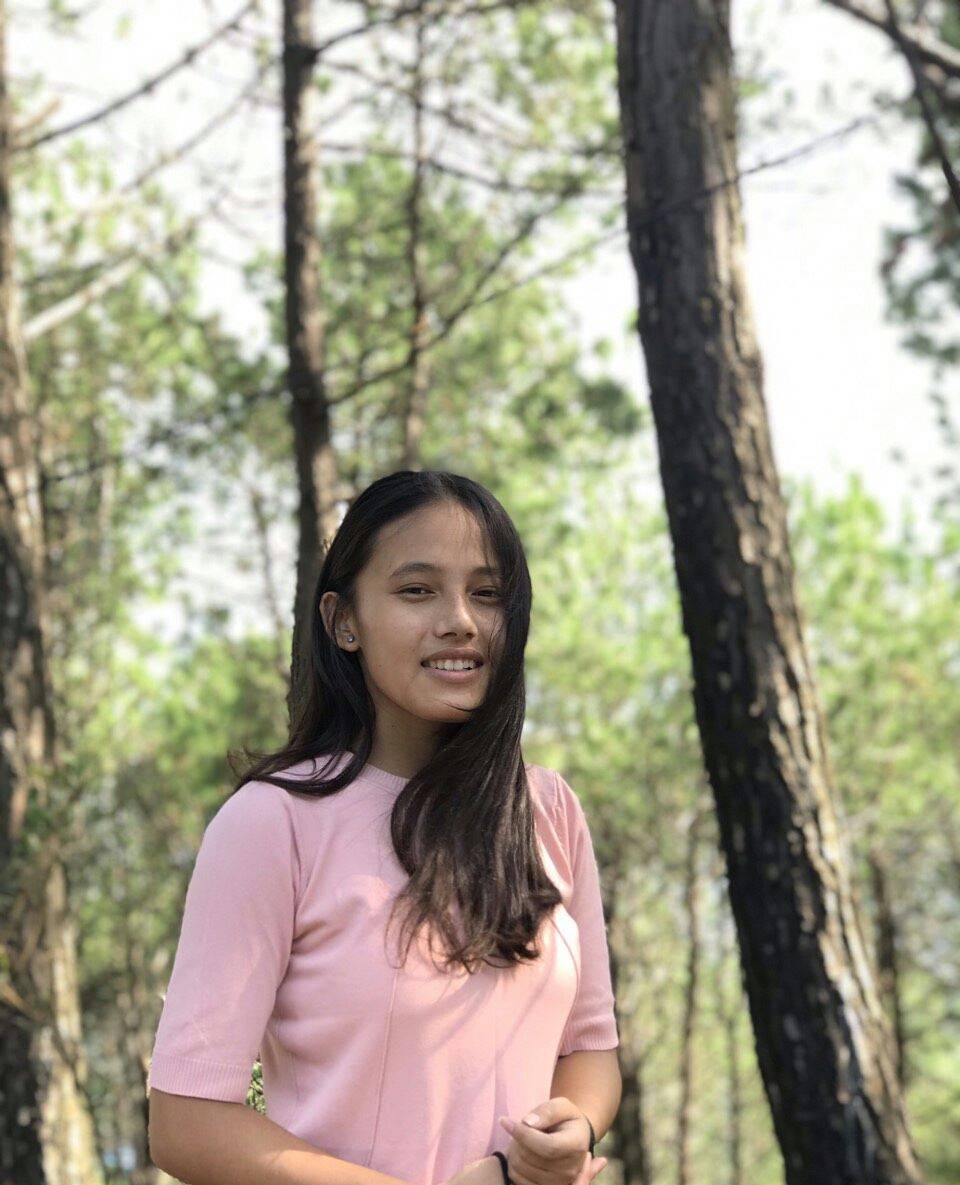 With a curiosity about the travel and tourism industry, Sareena Ghale joined Himalayan Trekkers as a fresher freelancer content writer. She is now a full-timer and delivers her passion for writing into the blogs, articles, news, and packages of the company’s website.